Understanding global warming: what you need to know 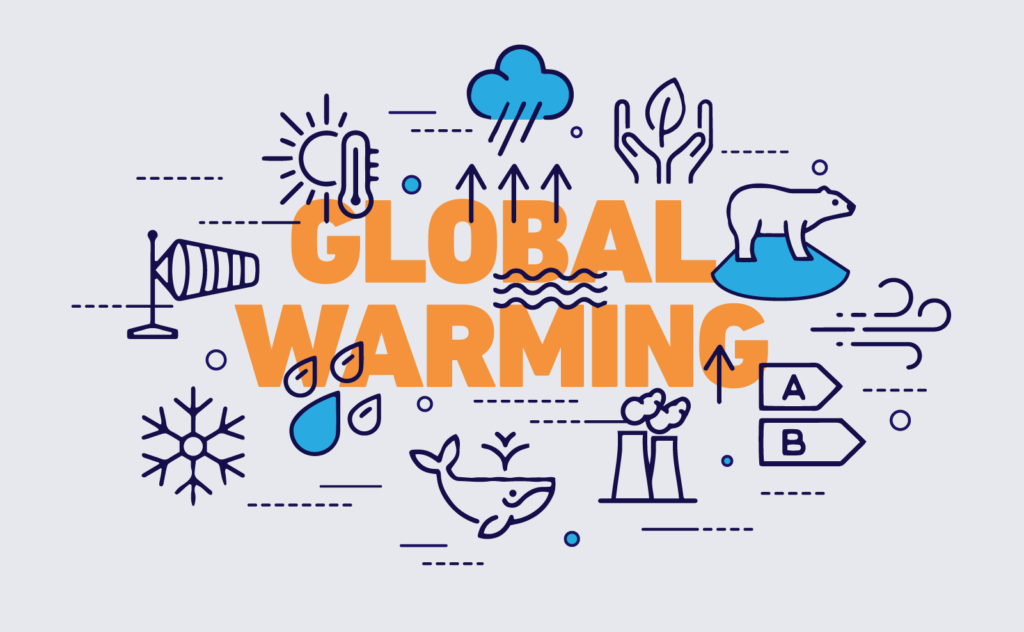 Greta Thunberg burst into our lives without warning.

One day she just showed up. She was on our TVs, smartphones, tablets, everywhere. There she was. A young girl on standing on the world stage, teaching the adults how to tackle a serious issue head on.

My name is Greta Thunberg. I am 16 years old. I come from Sweden. And I speak on behalf of future generations. (…)
The climate crisis is both the easiest and the hardest issue we have ever faced. The easiest because we know what we must do. We must stop the emissions of greenhouse gases. The hardest because our current economics are still totally dependent on burning fossil fuels, and thereby destroying ecosystems in order to create everlasting economic growth. (The Guardian)

We’ve been hearing about climate change and global warming for a while now. Think of how many times we’ve come across headlines warning us that the planet is turning against us in response to human action. So, some would say that Greta isn’t telling us anything new, that she’s coming at this problem far too simplistically, and that it’s a media phenomenon that’s bound to die out. We’d agree with that.

But we can’t help noticing that, just for a second, the world stopped and listened to what this young Swedish girl had to say, especially to politicians and businesses. She asked us to take responsibility for our planet.

There’s no doubt that Greta has left her mark. Before, people had started to slowly wake up to environmental issues, and now they’re wide awake and on the lookout. They want to know what’s going on and how they can enact positive change, beginning with the choices they make when they head to the supermarket. They prefer products from companies that show respect for the environment through specific actions aimed at the smart use of electric energy, for example.

When public opinion shows interest in facing such important issues, it’s right to thank those, like Greta, who’ve managed to get our attention. Then, it’s necessary to ride this positive wave and to construct a culture around it. It means answering questions and confronting doubts.

Constructing culture is the best job we could ever dream of, and so we have decided to celebrate it with this short guide for businesses. It has explanations of all the fundamental concepts needed to understand the phenomenon of global warming, in order to set in motion practices in our own working environment on a daily basis.

Our clients are demanding. Don’t we want to live up to their expectations? Let’s get started!

When we say global warming, we mean the process of the warming of the planet that has developed and intensified over the course of the 20th century. Its main cause is connected to fossil fuel emissions, which had already begun to rise during the Industrial Revolution.

Climate change, instead, is the process that has led to perceivable climate transformation across all average values (surface and sea temperatures, cloud formations, precipitation, plant and animal life cycles). This change is caused by the use of fossil fuels that have filled the atmosphere with greenhouse gases. Climate change is closely linked to global warming, but it’s not limited to that. It also involves sea level rising, glacial melting, and fluctuations in the growth of flowers and plants. 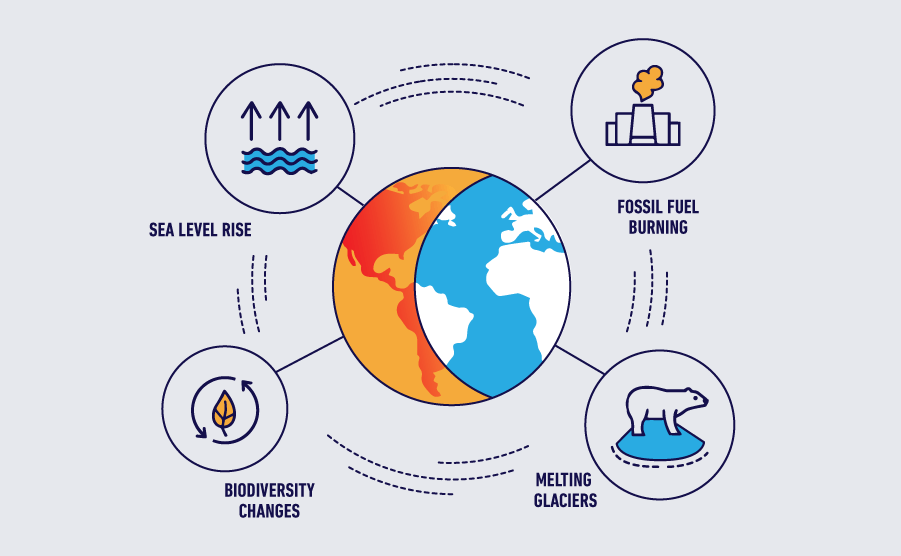 At this point we have to make something clear: greenhouse gases are necessary for the Earth, otherwise we would suffer from much harsher temperatures. This holds true for those gases that are already found in nature, as well as the ones that we make (anthropic greenhouse gases), which alter the climate balance.

Anthropic greenhouse gas emissions, especially those from industrial fossil fuel combustion, are so high that they cause an excessive increase in surface temperature. Some of the most harmful greenhouse gases are water vapor, carbon dioxide, methane, and halocarbons.

The Kyoto Protocol is a treaty that was drafted in 1997 and came into effect in 2005. It establishes limits on the use of greenhouse gases for all countries. The countries that signed the agreement were obligated to reduce the emissions of six greenhouse gases by 5.2% over the period between 2008 and 2012.

Despite being responsible for 36.2% of all carbon emissions, the United States refused to sign the Kyoto Protocol, wishing instead to avoid repercussions to their national economy. 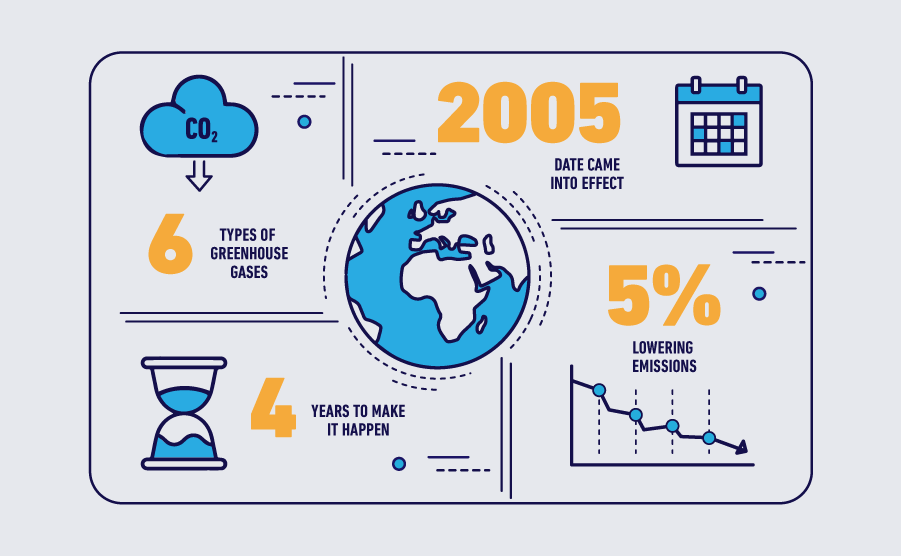 The Global Warming Potential is the index that measures the quantity of heat held in the atmosphere by a greenhouse gas during a specific interval of time in relation to the quantity of CO2 that is held, which is equal to 1.

The time periods that are used to calculate GWP are:

What role do cooling systems play?

Why do we so often hear how air conditioning has a significant impact on the increase in global warming? Because the turning on of a cooling system uses a huge amount of electric energy, which multiplies emissions of polluting gases into the atmosphere. Electrical plants are pushed so far to their limits that they end up turning to older systems to satisfy demand, and these systems have lower energy efficiency (that is: they consume more and pollute more).

What you’ve probably figured out from this overview is that the first step we can take is to think hard about how we manage our energy consumption within our own companies. How do we cool our spaces during the summer season and then heat up those offices during the cold winter months?
We need to reflect on what systems we are integrating into our industrial processes.

But we can’t stop just at reflection. What we truly need is action.

Luckily, there are different ways to pave a happier and more positive future.

One of these is for your company to adopt industrial cooling systems that utilize propane (R290, natural gas) instead of other greenhouse gases with a higher GWP value.

It’s a concrete choice that can lead to significant, concrete change.